The cold low pressure center that passed through the region will slowly move to the southeast of us, but should remain close enough through Friday to give us an almost even chance of seeing a few showers or thunderstorms. Snow levels will rise to about 7,000’, which keeps a chance of snow over the higher passes in play. Temperatures will recover into the mid-60s on Friday before bumping up into the 70s for the weekend with drier conditions. The next chance of showers or thundershowers comes back Monday and Tuesday of next week. 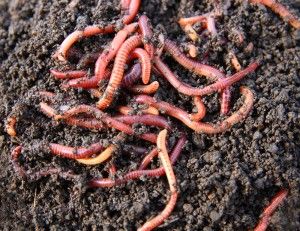 So why do worms come out after it rains? I thought I knew the answer to this question. I have always assumed they did this so they wouldn’t drown in the saturated soils. After all, worms have to breathe too, don’t they? But what I found out came as a big surprise. First of all, even though technically worms have lungs, they can breathe through their skin, and they have been known to survive immersion in water for a long time. But according to scientists who study these things (how would you like that on your resume?); it’s not that the worms are trying to breathe, but rather they are trying to breed. More tomorrow… and I’ll do my best to keep it clean.