A ridge of high pressure will build into the region through Saturday which will keep our skies clear and our winds light. Because of both of those conditions, temperature inversions will build in and our air quality might degrade a bit. High temperatures in both the valley and the Lake Tahoe areas will top out in the upper 40s, with lows in the mid-20s. The inversions should break up late Sunday as a storm front approaches the region, kicking up winds and bringing some rain showers that could turn to snow on the valley floor Monday morning. 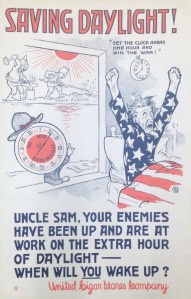 Daylight Saving has been used in the United States (and many European countries) since World War I. Because summer lengthens the days so much in the northern hemisphere, Germany and Austria tried to save electricity by advancing the hands of the clock from the end of April till the end of October. The United States adopted it back in 1918, but it was met with so much opposition (they were earlier to bed and earlier to rise back then) that the law was repealed in 1919. After being used intermittently by a few states in the ensuing years, in 1966 Congress passed and President Johnson signed into law the Uniform Time Act, creating our present Daylight Saving. It has undergone minor modifications since due to political moods, but essentially it has been unchanged since then.