The forecast for the next week definitely goes back to the warm side of the fence. A strong ridge of high pressure will build up over the west coast bringing sunny skies and warmer temperatures through next week. For Saturday, the highs will climb into the upper-60s and then hop up into the mid-70s by Sunday, with a shot at 80 degrees by Monday. No major changes (although there will be a slight cooling) will occur through most of the next work week.) 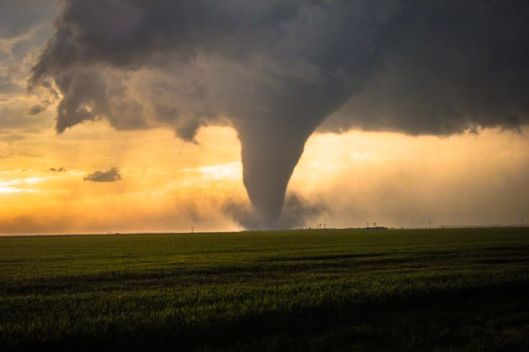 While severe weather can occur at any time, April is historically the month that has the strongest tornados in the central US. Al asked: “I grew up in Tornado Alley, and I was always told that if a tornado is approaching, I should go and open the windows to the house to keep the house from exploding if the tornado hit. But some time ago I heard you say that you shouldn’t do that. What gives?” What gives? Maybe the whole house (with you inside it) if you hang around it long enough. In any situation involving a tornado, the last place you want to be is around any windows if the twister hits, so head for cover. Especially since opening the windows won’t help save your house, and it could actually hurt its chances. 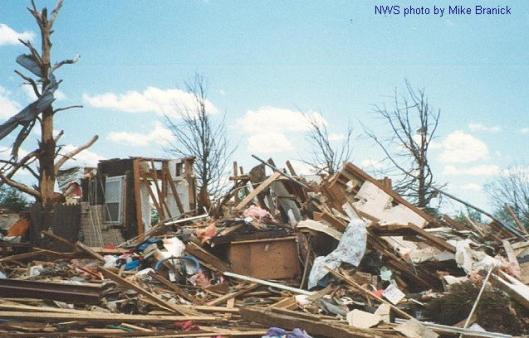 The time honored theory that houses explode because of the extreme low pressure inside a tornado has fallen out of favor with scientists these days. If a house explodes, you would expect to find all four walls blown outward, but researchers discovered that only three walls blew outward, and the windward wall blew inward (say that ten times real fast). What this showed them is it wasn’t an explosion, but just good old fashioned wind that was knocking them over, which isn’t hard to believe, since some tornadoes pack winds in excess of 300 miles per hour.

But what harm could opening a few windows do, you ask? (Even if you don’t ask, I will). Well, there is another phenomenon which also may come into play, called the Bernoulli Effect. It’s the same thing that causes an airplane wing to fly. As the wind strikes the side of the house, it is forced up and over the top of the roof, much the same as with a wing. The lift caused by this can in effect “raise the roof” nearly as effectively as your teenager’s stereo. If your windows are opened, the end result could be to put more force on the inside of the roof and walls, making the house even more likely to collapse.

The best thing to do if there is a tornado warning issued in your area is to head for the basement. If your house doesn’t have a basement, then a bathroom, especially one in the interior of the house, is your next best bet. The plumbing in the walls makes them stronger. If you can’t fit the whole family in the bathroom (and who hasn’t tried?), then a walk-in closet is your next best choice. But whatever you do, stay away from the windows.

They can be a real pane.