As we head into Memorial Day Weekend, it looks like it may go against history and warm up to early summer conditions. A building ridge of high pressure will get our high temperatures up into the mid and upper 70s Friday and Saturday, with low to mid 80s coming in Sunday and Monday. The heat will force a few thunderstorms in the afternoons, mostly to the south of the Reno/Tahoe area, although there is a slight chance they could form over this far to the north on Saturday. 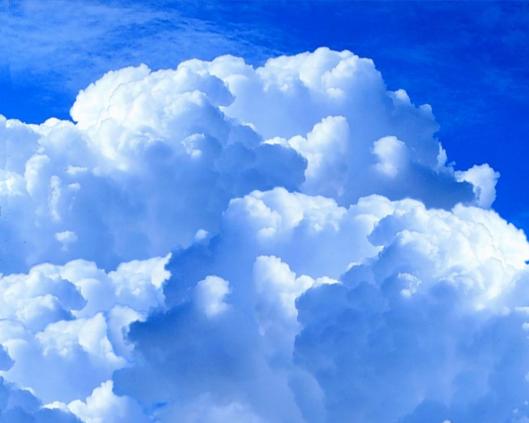 Yesterday, Richard wondered why clouds “stuck together”…if it was ionic attraction or something else? He poses an interesting question. But it’s not one that is especially easy to answer. Let me start by saying that clouds do have negative and positive ions, although those charges are usually grouped such that negative ions tend to group with negative and vice versa, so that wouldn’t provide any attraction

. And on an atomic level, there are inter-molecular attractions that hold individual water droplets together, but don’t really account for a significant attraction between separate water droplets. Water droplets will coalesce (stick together and form bigger droplets), but that doesn’t hold an entire cloud together. Tomorrow, I’ll tell you the secret.