We will get a gradual cool-down this week from our mid-summer type temperatures, but not before we heat things back up Tuesday into the mid-90s under mostly sunny skies Tuesday. A cooler offshore low pressure trough will very gradually slide onto the California coast as we go through the week, easing our high temperatures back into the mid to low 80s by the end of the week, and kicking up some breezy conditions thr4oughout most of the middle part of the week. Even with the low rotating through onshore through the Pacific Northwest later this week, our weather should remain dry throughout. 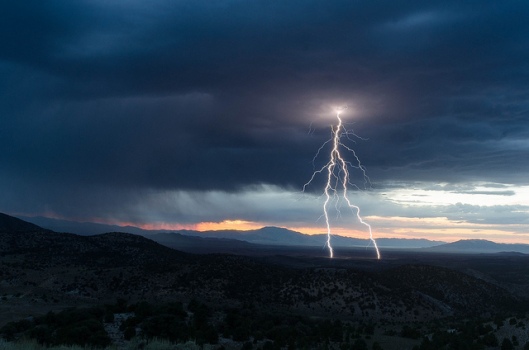 Actually, neither implies where they might occur, it only implies how likely it is you will see one. Isolated means you have about a 10-15% chance of getting under one, whereas scattered means about 20-50% of the region will have a thunderstorm. In addition, scattered suggests there will be several groups of showers going on at the same time, whereas isolated showers tend to be loners, with no or few neighbors.