Once again, the skies should remain mostly clear and the temperatures just a tad above average for the next several days as a flat ridge of high pressure remains in place over the Great Basin. High temperatures will hover around the 90 degree mark in Reno through the weekend, and really won’t cool down appreciable until the middle of next week. Winds will start off light in the mornings, and will probably spin up to the 10-15 mph range in the late afternoons. 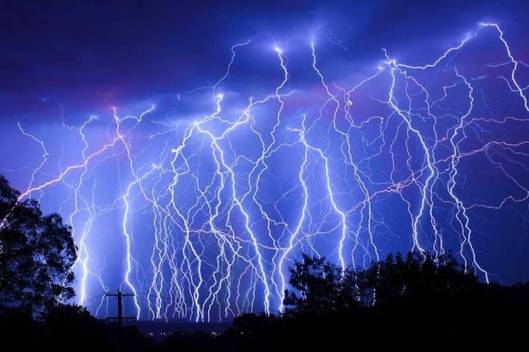 Earlier I talked a bit about lightning, and gave a quick and over-simplified explanation of how lightning occurs. Negative charges from the base of thunderstorms clouds induce a positive charge on the ground, and after a “stepped leader” forms out of the clouds, it causes a “return stroke” from the ground once the negatively charged leader gets close enough to the positive charges on the ground. This generally referred to as “negative” lightning, and is the most common kind. But it doesn’t always work that way… lightning can be positive as well. 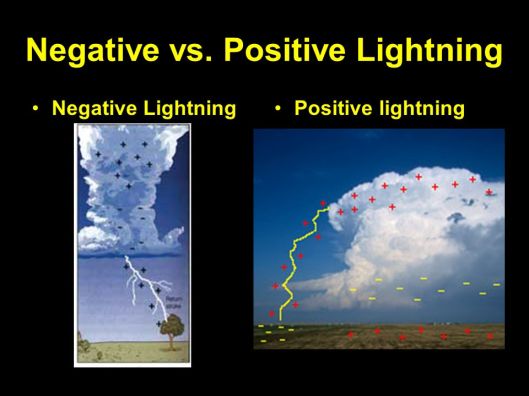 As I mentioned, positive lightning can be much more dangerous than negative (not that negative is anything to sneeze at.) First of all, a positive lightning bolt is generally much longer than a negative one, since it has to reach the top of the cloud instead of the bottom. This alone can add several miles to its length. Because of the greater distance the positive strikes travel, it takes a higher charge to complete the “circuit”, and positive strikes usually carry more current… up to ten times that of standard negative strikes. But what makes them even more deadly is their unpredictability. Positive lightning strikes can hit more than ten miles away from the thunderstorm, and be literally a “bolt from the blue.” Because of that, the normal precautions that we might take as we hear thunder in the distance may not be there, because the first strike can come long before we would have heard any previous strikes. 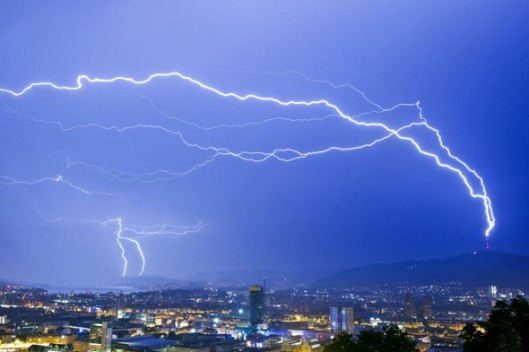