The dry and warm November weather continues, and although we might see a few clouds on and off over the weekend, the conditions will remain dry and warm into the next work week. I do see a chance of the long dry start to the month coming to an end by the middle of next week, as a moderate storm system comes onshore. That one is cold enough to likely bring snow levels down at least as low as Lake Tahoe.

We’ve been talking about official sunrise figures, and Jon wondered if our elevation here in Reno might skew those times since we are so high that we might get a head start of seeing the sun rise. “Based on my observational experience at sea, 1 deg of altitude amounts to approximately 5 minutes of time when the sun is on the horizon.” 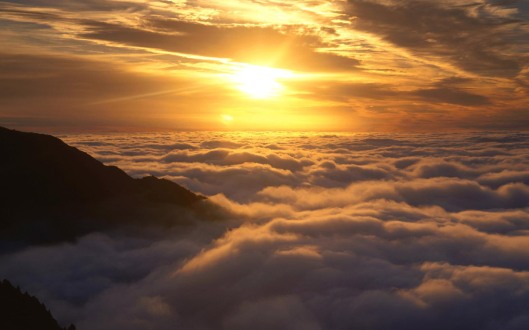 But most of the sunrise/sunset tables are not calculated for sea level. Most are calculated for what is called “Mishor Sunrise.” This is the time the sun is seen rising over a flat horizon at the same height as the observer. The Naval Observatory uses this definition in its tables that are used by most newspapers in the USA. What Jon was describing is true “Astronomical Sunrise”, which corresponds to the time the sun is seen over the true horizon (sea level).

But the Naval Observatory defines the horizon as meaning the observer’s eye is considered to be on the surface of the earth, so the horizon is geometrically 90 degrees from the local vertical direction. Not only do you not get the benefit of your elevation to “officially” see the sun early, you don’t even get the 5 ½ feet or so that your eye is off the ground. But since there are bumps (mountains and valleys) all around anyway, it’s as good a system as any.

And in all likelihood, that is more than you ever wanted to know about sunrise.