After a bit of a break in the action, a stormy pattern will return to the region. The strong temperature inversions which have trapped stagnant air in the valleys will begin to break up a bit Wednesday as some light southwest winds help loosen the cap ahead of a storm front which will bring mountain snow as early as Thursday morning. A mountain Winter Storm Warning has been issued for the mountains above 6,500’ from early Thursday morning through early Saturday. Snow levels could start as low as 5,500’ but will likely rise to 7,000’ or higher late in the day, and could bounce between that and 6,000’ into Saturday.

The Reno area will get significant shadowing throughout, but there will likely be some spillover precipitation Thursday and Friday, especially on the west side of the valley. 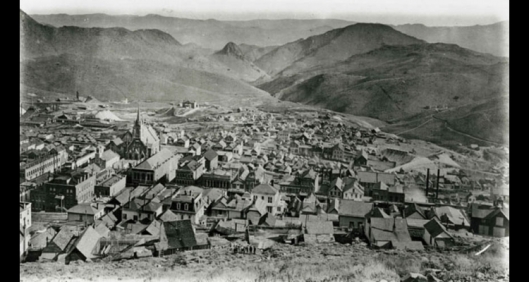 So why is Virginia City so often warmer than Reno, when they are so much higher in elevation? The reason for that is topographic. In our mountainous region, we almost always get cold air pooling into the lower basins. Virginia City sits up on the side of a mountain, so when the cold air starts to pool, it drops below the historic town.