Some clouds will make their way to the region over the next several days as our ridge of high pressure flattens enough to allow the tail end of a cold front to bring said clouds to the region, meanwhile keeping rain showers to the north of us. The front will also bring some frisky winds, gusting as high as the mid-30s Wednesday afternoon before backing off Thursday. Temperatures will vary between the mid-70s to upper 60s into the weekend,

Speaking of the weekend, the storm track drops to the south bringing back a slight chance of showers by late Saturday into Sunday, opening the door to more storms next week. 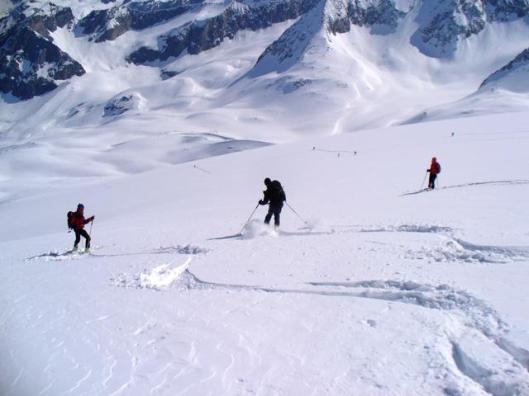 A reader asked if corn snow was the same as graupel (snow pellets.) As a skier, I always considered corn snow to be snow that had gone through several freeze-thaw cycles, creating a crumbly thin surface layer that’s easier to get an edge on. After researching it a bit, I find that I remembered correctly. Corn snow can initially fall in any state, but only becomes such after several days of thermal cycles. It is a highly prized spring skiing condition, when light fluffy powder conditions become rare.

2 thoughts on “Storms on the Horizon…And What Is Corn Snow? (Final)”