A moderate-strength storm will push through the region Thursday keeping the winds high and bringing another round of mountain snow and valley rain. Because of the strong SW flow, Reno will see significant shadowing from the mountains, so precipitation amounts in the valleys will be much greater on the west side than in the center and eastern portions. In the mountains, a Winter Weather Advisory is in effect through 11 am Thursday, where total snow accumulations could amount to anything from a couple of inches at the lake itself to a foot or more in the higher elevations near the crest.

The weather clears out with just a few clouds remaining for Friday and Saturday before another round of weak to moderate storms move back in Sunday through Wednesday. 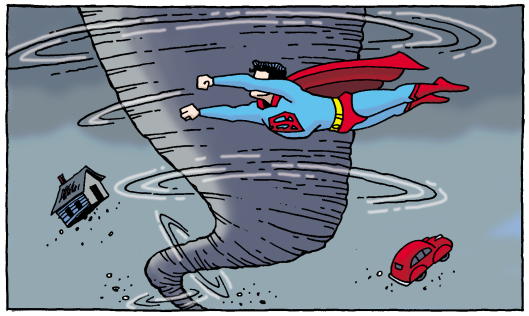 Back in 2006, Matt Suter was carried through the air about a quarter of a mile. Since he lived to tell the tale, it is easy to forget what a horrifying experience he had. When the twister hit, he was knocked out by a heavy lamp as his trailer collapsed around him. Once he came to, clad only in his boxer shorts, he was 1,307′ away in a grassy field, battered, bruised and a little bloody, but remarkably intact. 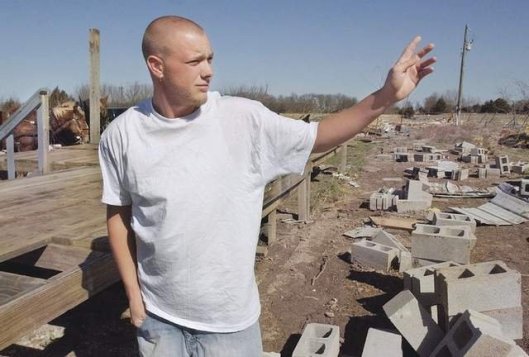 There are bound to be those who will question whether Suter was actually carried that far in the air, as opposed to just getting rolled to his new location. But doctors say his injuries, which were amazingly slight (five staples in his scalp notwithstanding), tend to support the air travel. Had he been rolled on the rough gravel he would have had body abrasions and contusions… injuries he lacked. In addition, there was a barbed wire fence between his starting and stopping points, which he managed to circumvent somehow, and over was the only reasonable path.