We are getting another brief break in the action before one last storm system moves through the region. Wednesday high temperatures will pop back up to the mid-60s with a few clouds, and winds will start to pick up in the afternoon ahead of the aforementioned front. Late Wednesday night the front moves into the Lake Tahoe region, bringing snow levels from about 7,000’ down to the lake itself by early Thursday morning. Total snow accumulations likely won’t exceed a few inches, and most of that will be in the upper elevations of the mountains.

The valleys could see some rain showers, mainly prior to sunrise Thursday, although the rain shadow should be in full effect and will limit valley precipitation.  Things will dry out thereafter, and temperatures should warm up into the 70s by the weekend. 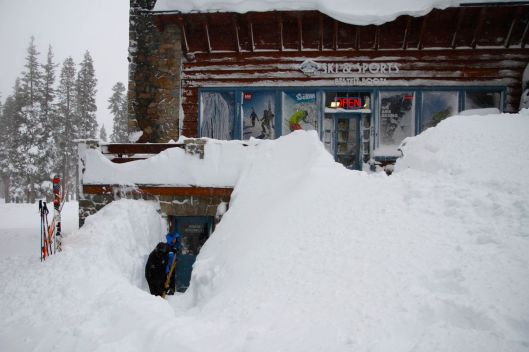 So when is the “snow season” over? While there is no definitive, water managers typically will look at April first as the unofficial end to the snow season. That doesn’t mean that we can’t get any more snow showers up there… we can and in all likelihood will over the next couple of months. But on average, the snowpack tends to peak at around that date, after which it melts at a faster rate than it accumulates.