We will get a lot of sunshine this week across western Nevada, and at this point it doesn’t look like conditions are likely to produce any thunderstorms. We will cool things of (relatively speaking) a bit on Tuesday and Wednesday with high temperatures falling to the low 90s and upper 80s. As we head into the rest of the week, high temperatures will build back into the low 90s by Thursday and then hover into the mid-90s through the weekend. 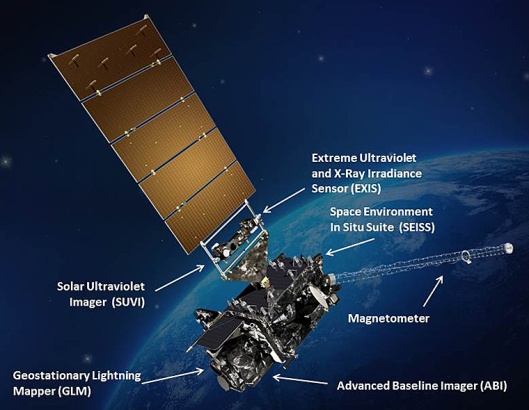 For those of you wondering where I was, I spent last week in Kansas City attending the American Meteorological Society’s broadcast conference. It was a good opportunity not only to schmooze with some of my colleagues across the country, but to also learn a lot. I took a day long “short course” on one of the big advancements in meteorological tech: The GOES R satellite. It’s the next generation geostationary weather satellite, launched last November and currently undergoing testing and slated to go into full operation this fall. There’s a lot of new stuff on this bird that have us weather nerds feeling pretty giddy, and I’ll tell you more about that tomorrow.

1 thought on “Plenty of Sun, Not as Much Heat…And A New Weather Satellite is Flying.”