The main focal point of this week’s weather centers on some cool conditions, with a storm or two thrown into the mix. A hard freeze will greet us Tuesday morning with lows in the mid to low 20s in the valleys. Clear skies and light winds will help boost temperatures to the mid-50s, and an approaching cold front Wednesday will kick up some afternoon winds and heat it up into the 60s. The front passes through the area Thursday, bringing back a chance of valley showers with mountain snow and rain. The mountains once again will capture the lion’s share of the precipitation, and while they could pick up several inches on the ridges, it is unlikely this will be a major storm.

As we head to the weekend, the skies will clear out initially, with mild temperatures near 60 degrees. Another storm approaches early next week, and that one shows some signs of being colder. 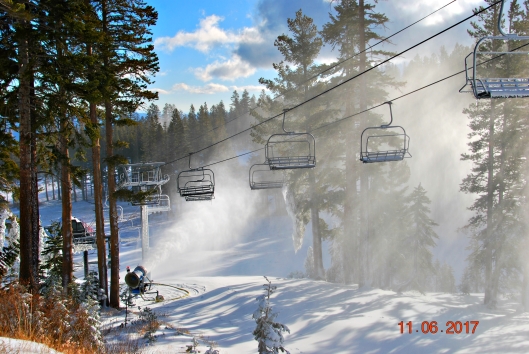 While there’s not a lot of snow to be had with these systems, the colder temperatures are good news for the ski areas, as they should be able to make a fair amount of snow over the next week or so, with several areas expected to open up later this month.